from me:
If alcohol is an elevator that only goes down, then you get off and you stay off. And in the last year, 450 (ish) paintings have been mailed all over the world. Dubai, Kansas, Vancouver, Germany, Switzerland.
The way the story starts, though, is like lots of stories.

PART 1
It starts with an argument. The best kind of marital argument where I’m SURE I’m right and he’s wrong.
We’d just returned from a particularly distressing visa meeting with the French government—you know, the kind where they’re saying ‘you can’t do this, you must do that’. And there is much finger-wagging in Mr.Belle’s direction.
I had warned him for months beforehand. They’re going to give you shit for this, I said. No, they won’t, they don’t care, he replied. They are going to send us home to Canada, I whined. No, they won’t, it’ll be fine, he repeated.
Well, it wasn’t fine.
Before the agent could approve us for the next level of our resident visa, she apparently had to do a careful review of his file.
And then she said what I knew she would (I knew it! I was right!): “Monsieur, you cannot have this visa renewed in this situation.”
She said it with a nice French accent. But still.
Three days later, in a fit of frustration, I went into my husband’s things while he was at work, pulled out one of his ‘for fun’ paintings, and stuck it up on the website.

That day was August 15th, one year ago today. 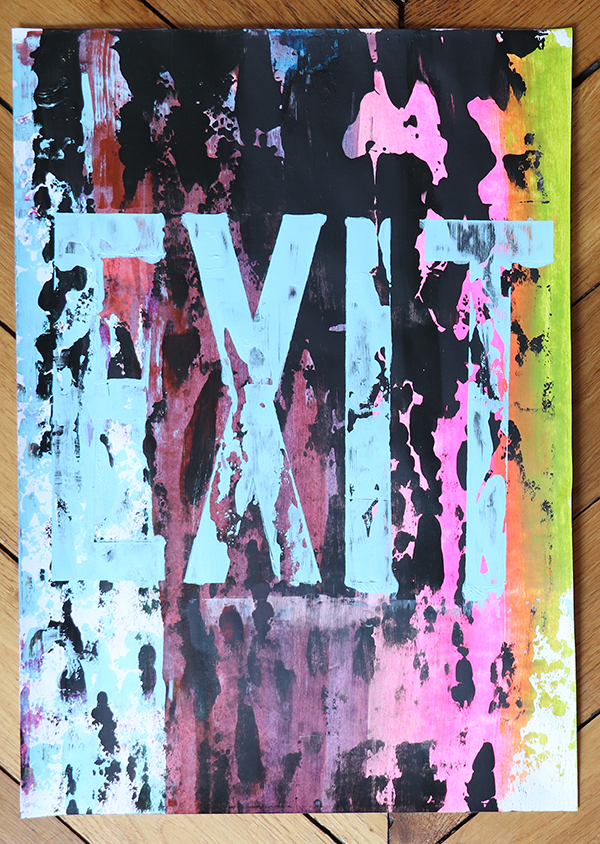 This is Exit painting #1, and it went to Indy in California 🙂
more here
I thought I’d try to tell the story of this, and how it started, and why, over the next few days. It will sound like a sober story: can’t tell what to do, try something, see if it works, adjust, try something else, wait and see, worry, get traction, feel nervous …
Because everything is like everything.
And being sober is just like putting your (husband’s) art on the internet and opening yourself up to cheerleading (and the occasional barb). Thankfully lots more kind things said, than shitty. Just like being sober 🙂 Some weird bits, still better than before… If you’re interested in hearing part 2 of the story, let me know. 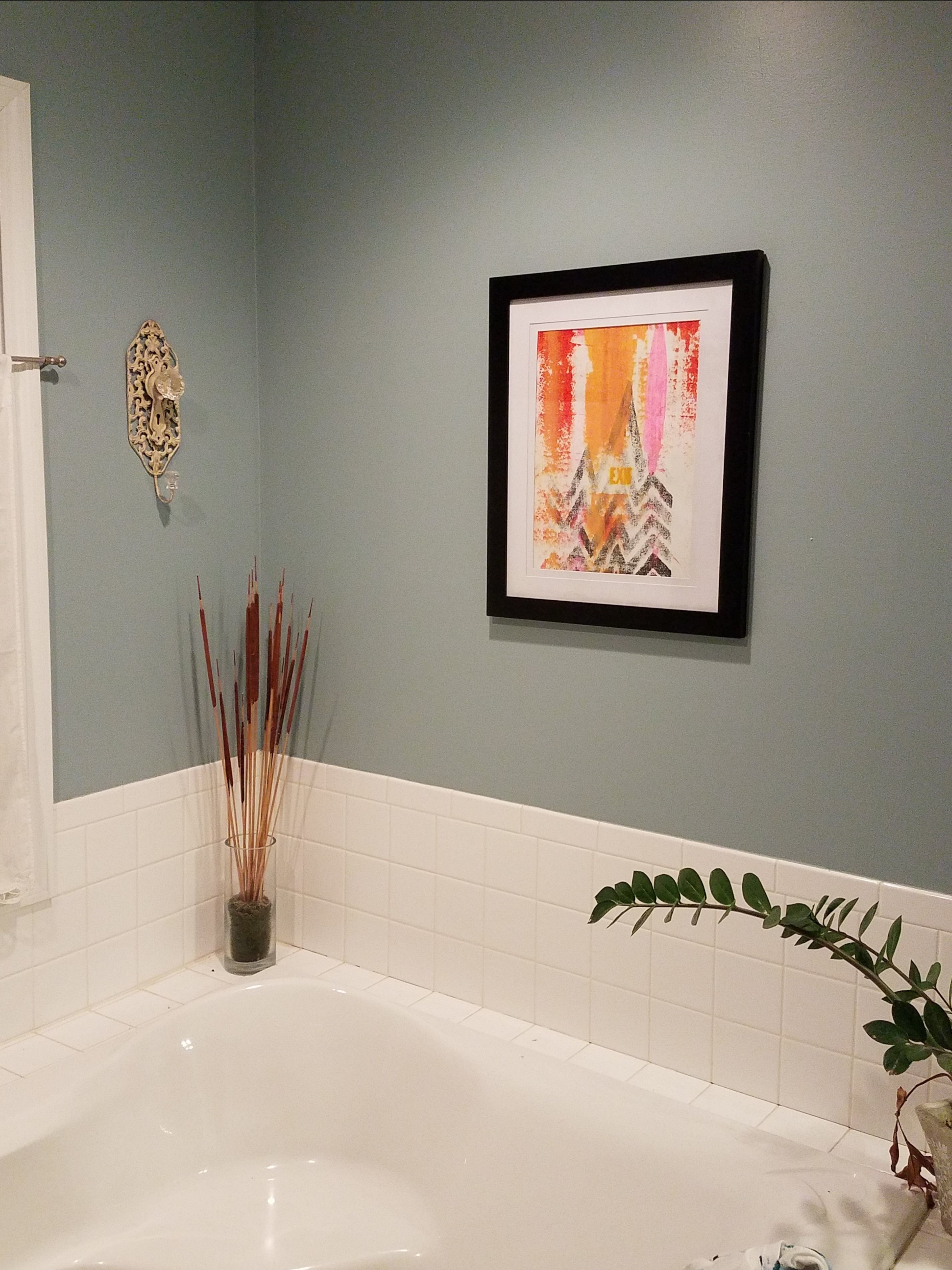