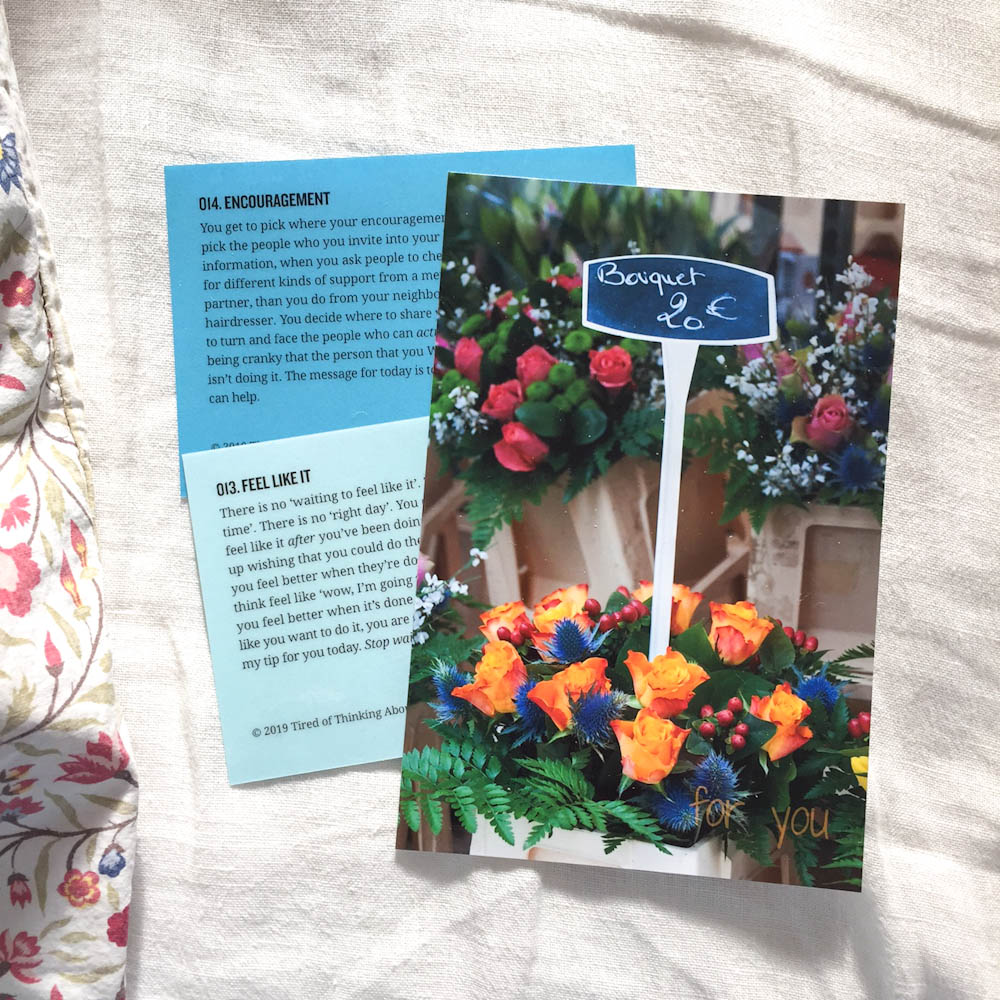 sample set of cards from season 2

encouragement comes in the mail.

from me:
it was a year ago that Tom asked if i could make up some one-minute message cards that could go in his wallet, since he’s not the kind of guy to wear charm bracelets or gold jewelry. don’t know why not, but whatever.

i said sure, i can make up cards. and i figured i’d do maybe enough for 30 people. mail 2 cards a month for 6 months. call it a ‘season’ like a season of television.
“who wants season 1 of the OMM cards, I said, last july?”

i ordered 30 sets of cards and waited.

then they sold out in a couple of hours and i thought, wait, i don’t understand. little cards in the mail? something tangible and real in the world of digital? nice (old) stamps from France?

after the six months was up, it was time for season 2. six more sets of cards to be mailed, bonus photo every month.

and again the demand far outstripped availability. it takes many hours to do even 300 sets per month, so i’ve had to limit it, just because of the practicalities of printing and mailing with my little fingers (and periodically, borrowed husband fingers).

now it’s time for season 3
and i’m making this the last season.
every month for 6 months you’ll get 2 new cards in the mail and a bonus photo. mailed directly to you. will arrive at random times. unpredictable, surprising, cheerful 🙂 maybe even with a bit of hope in each envelope? or is that too cheesy …

update as of thurs july 18: