E-Z (day 10) : “Hey Belle, really enjoyed the audio lesson i listened to today. Your voice is really comforting and relatable, which is really nice considering quitting drinking is usually a touchy matter!

Anyways, I realized that I don’t like the person I am when I drink. I’m reckless, unconscious, unproductive, and easily agitated. I’ll also ramble on until the cows come home if you let me. The thing I think I hate most, though, is the guilty feeling that creeps into the backdrop whenever alcohol is in one’s system. Ain’t nobody got time for that shit.

So, I think the version of the story I’ll tell people is that I am making my health more of a priority in my life, and right now that doesn’t involve alcohol. After a while if they ask if I’m still not drinking I’ll just say alcohol was never really for me. Because, really, who is it for? 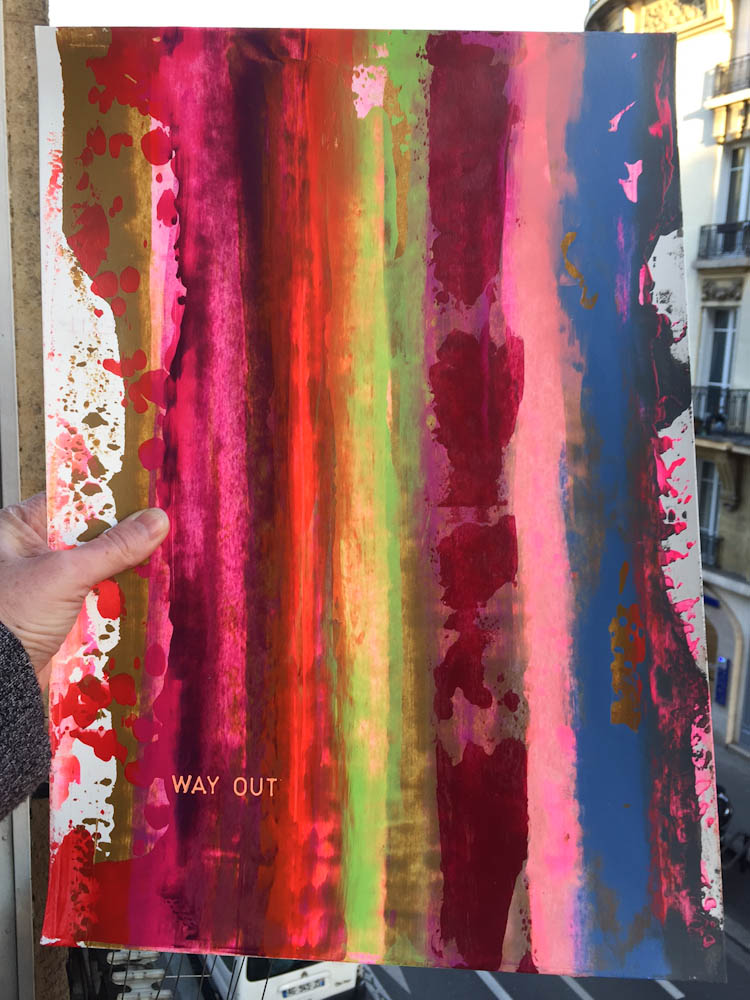 sometimes the sign doesn’t say exit, it says “way out” – find your way out of the booze elevator. it’s time.
ORIGINAL PAINTING #349
https://www.tiredofthinkingaboutdrinking.com/original-art/