So in Canada we have an expression, it’s called being madly off in all directions. And actually it probably has a British origin, but the premise is like this: Madly off in all directions means that your brain will ask you to do 100 things at once, and will LIE to you, and tell you they all have EQUAL importance. Madly off in all directions means you run this way, and that way, and this way, and that way, and you never really get anywhere. It looks like you’re doing stuff, but really, you’re just sort of running around like a chicken with its head cut off (which is another good expression). The madly off in all directions thing, though, can wind you up and make drinking seem like a good idea, if you buy into it. So this is when I talk about you NOT stating to make applesauce at 10:30 pm … If you have a brain that suggests that you begin a bunch of things and then drop them, and then begin some more things and then drop them, and then look like you’re busy, but not really—you can remember that wolfie likes to wind you up so that drinking might seem like a good idea, and that your job is to disengage from that. And to strive for underwhelm rather than overwhelm. [listen to this as an audio]

email from happygal (day 25): “For many months, I have wanted to move our treadmill from the garage (where it rarely gets used by me- because we live in FL and it’s typically hot as monkey nuts, plus it’s a GARAGE and, like, spiders and mosquitoes). So, this past week, in an uncharacteristically Happygal way, I PUSHED. I made my case and I pushed for what I wanted.
The treadmill now has a home in our office near a large window! I used it today 🙂 In ADDITION, the framing store called that my Exit painting is ready. I asked my husband to pick it up while he ran errands. He said he would and then asked me what the painting was and I explained that this paining was done by an incredible artist in Paris and is personally meaningful to me because it represents letting go of things that are bad for me and being personally strong in my convictions (note that I didn’t mention alcohol yet, as I’m still in early sobriety). Husband asked where I want to hang it and I said, “Not sure, I’m thinking maybe a wall in my closet … Husband then said, “Why don’t we hang it in the office, since you will be in there more and we’ve moved things around – that way we can all see it, everyday?” Wonderful idea, husband, wonderful idea 🙂 hugs xo”
sober art, click here 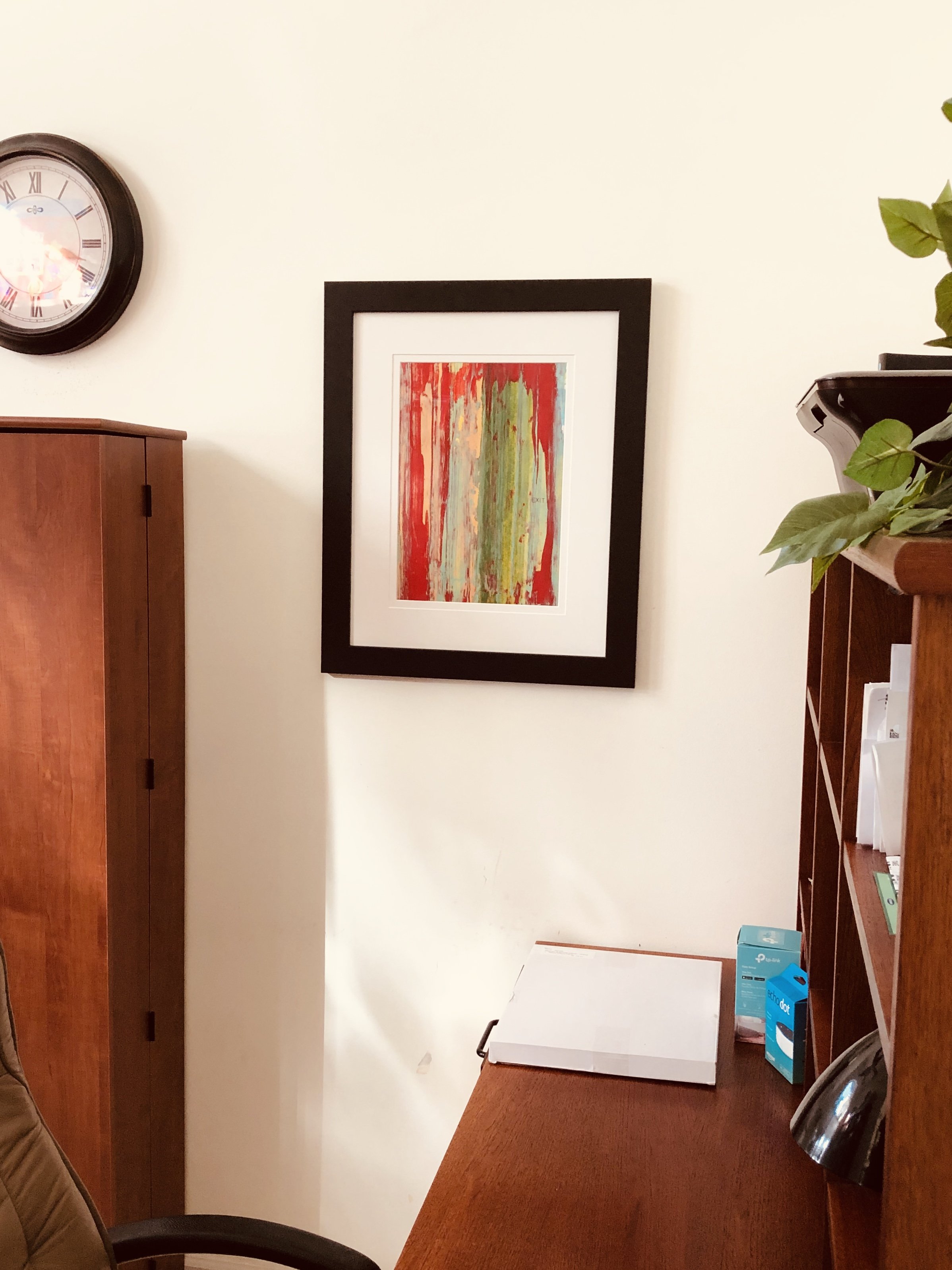