This message was sent to subscribers by email November 4th

I saw the new movie ‘a star is born’ last night. alone in a theatre. husband out of town.
it wasn’t a good idea.
the movie depicts lots of alcohol consumed, in a not appealing way. that part was fine (for me). i mean, it didn’t make me want to drink.
what i didn’t expect, was that the watching of a co-dependent relationship that still has love at its basis, would trigger some kind of co-dependent chaos-seeking feeling in me.
i come out of a movie like that, with a leading man who looks (and sings!) like he does, and i want to be her.
and that is fucked up.
i’ve had plenty of co-dependent, dysfunctional relationships in my life. my married life of the last 13 years represents none of it. my current life is regular. not dysfunctional. not dramatic. not chaotic. predictable. feeling misunderstood, sure — but only for days at a time, not for years.
i didn’t want to drink after i saw that film. i wanted to be the one looked at by that man, even if he came with that kind of baggage.
and that’s it’s own kind of addiction. the one who would be drawn to chaos. who would, even for a moment, think that that would be ‘a good life’.
so i’m looking forward to mr. belle coming through the front door in the next hour and a half, to reset any ideas i may have of what ‘good relationship’ looks like.
i may not even listen to the music from the film again. what a shit show.

~
anyone else seen this film and had a ‘more-than-expected’ sadness afterwards? send me a note. if you haven’t seen it, honestly, i’d be careful in recommending it, if you’re sensitive like me.

[any comments left will edited to remove spoilers]

if booze is an elevator that only goes down, then you can exit. original sober art by Mr. Belle. 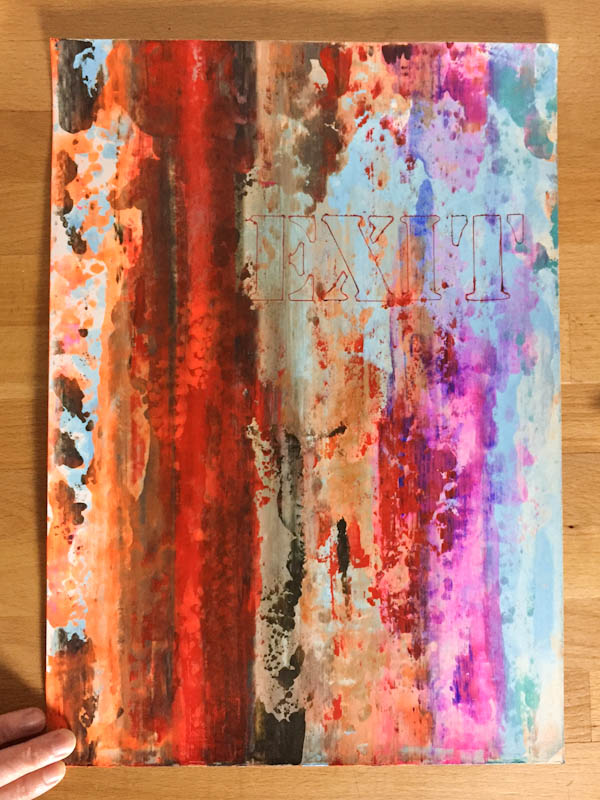