Today i want to share with you a link to a short Monday Update message. This is omm249. I was walking this morning, and thought i’d tell you about my shit day. AND also update you on what’s coming up this week.

To hear this Monday message, play below. nothing to download. just press play.

p.s. listen and then let me know if this monday update thing works for you as a little kick to begin the week. hugs

links mentioned in the audio:

photo that goes with the end of the audio: 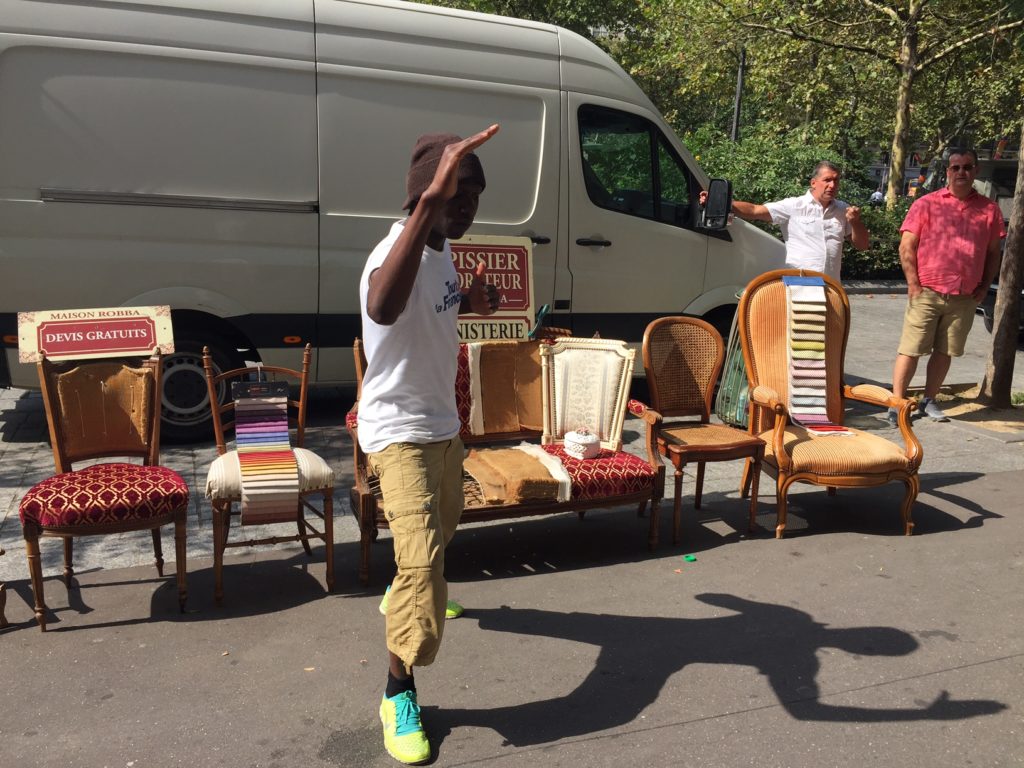 and in case you hate listening to audios, here’s the transcript:

Good morning this is Belle speaking. I am recording this while walking on the street. I am on the shady side of the street because it is plenty warm today. I wanted to send a message directly to you to say that even if you’re having a shit day, it’s still OK.  You’re here and you’re facing forward and it doesn’t matter if you’re having a shit day. It just doesn’t. And I say this to you because I’m having a shit day and it’s not even noon yet. And I’ve tried to do 3 things this morning that just have not worked, at all, the way that I wanted them to. Including, you know, inviting my husband to join me while I was sitting in the sun having a coffee, trying to change my mood, and he said, no, because you know, he was working. Funny how that is.

I want to give you a head’s up of what’s happening this week. I will be sending out 1 to 2 emails a day for people who are on the email list, which must be you because you’re listening to this. I will have 3 new One Minute Messages this week. I’m opening a new session of the Sober Jumpstart Class on Friday, September 1st. There will be 25 spots open. And I will be working through the Labour Day long weekend to get everybody started and running well. If you’re not on the waiting list, you can do that at www.soberjumpstart.com.

If you are sober longer, like 200+ days (I just crossed to the sunny side of the street). If you are a sober senior — that’s wrong, right — senior’s wrong, because you’re not like 75 years old. Let’s see, if you’re a sober oldie, if you’re a sober … I don’t know, I’ll have to come up with a name for you. If you’re 200+ days, I have a brand new group 4-week class, starting on September 18th, which is a Monday. You must be 200 consecutive days sober in a row to register. No exceptions. It is specifically about the idea of worth (I can’t tell how good this microphone is when I’m walking). It’s specifically about worth, and how to build a life on top of this sober foundation that you have. So you could be 1 or 2 or 3 or 4 years sober, but you must be 200 days continuously, plus. Again, this is the “worth” class — I have to come up with another name for it. The Sober Senior Module 1: Worth. Because, you know what, we get so hung up on, “who am I now that I’ve quit drinking. Like, what kind of a life am I building.” And we forget that, well, I’m not going to give it all away … we forget that there is some worth to us, even now, even still, even before the big thing happens. So we’re going to come at it from a point of strength.

So that’s it. Two things this week, two big things. A bunch of small things of course, all the emails, some One Minute Messages. If you are a podcast subscriber, you will get another podcast. I think you got one on Friday. You’re going to get another one tomorrow. I’ve stepped it up, and you’re definitely getting 2 new podcasts per week now. Lots of new content. Lots of things to listen to while you’re commuting.

I’ve now turned the corner. There’s a guy on the side of the road here. He’s got 1, 2, 3, 4, 5, 6 chairs set up on the side of the road to advertise ebeniste — wood working and reupholstering. So, it’s like a little mini store. It’s just these chairs. I’m going to take a picture of it … He wants to know if I can take the picture with him and the chairs. I’ll do that now and I’ll send this to you. OK, Bye!

So at the end of that, he wanted me to send it to him, but he didn’t have an email address, so he had me take a photograph of his personal ID, which seems like a violation of privacy. And now there’s somebody else taking his picture and for one second I can’t even tell if he works there, or if he’s just a guy standing in front of the guy who works there. OK, doesn’t matter. It still works for a good story, right? I got a good photo.

If you like these Monday morning-get your week started-tell you what’s coming up thing, if this is something you’d like me to do on a regular basis, just drop me a message. Talk to you soon. Bye! OK Bye!